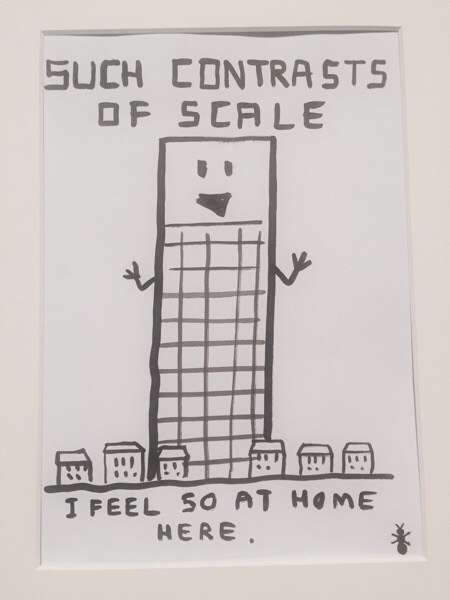 The other day I was walking by St. Leonard, Shoreditch Church is a London landmark and a community asset that occasionally shows art in the upper gallery. The show was about the anti-gentrification of Shoreditch and London in general. This has seen the rapid rise of glass tower block developments taking over neighbourhood skylines and changing the fabric of communities forever. 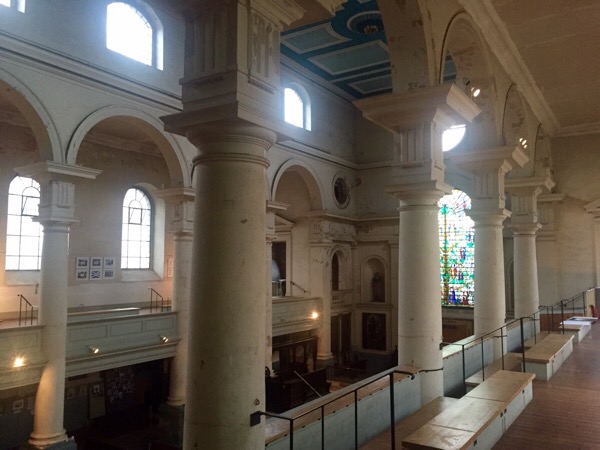 On one side of the church the artwork on display is a series of photographs made to look like postcards by South London artist Gram Hilleard. He says “London has been redeveloped like never before. The poor are moved out, whilst councils drop their planning regulations, hipsters are encouraged to gentrify, before they’re replaced with overseas buyers. Eventually swathes of the city become uninhabited ghost areas with no citizens, no people. Why and for who?”.

Narrative conceptualism is displayed on the other side of the church where sketches which raised the same issue using a bit of humour to get the message across. 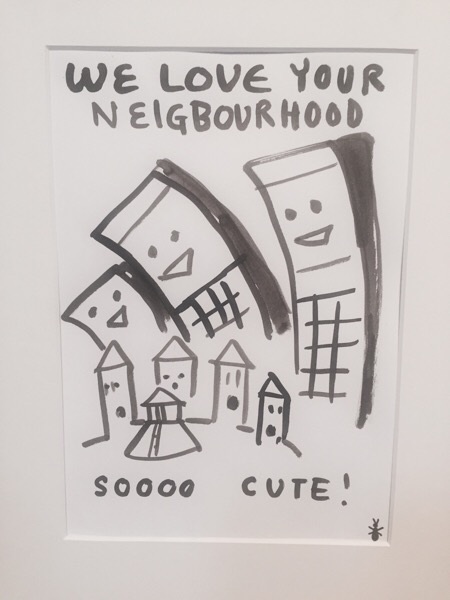 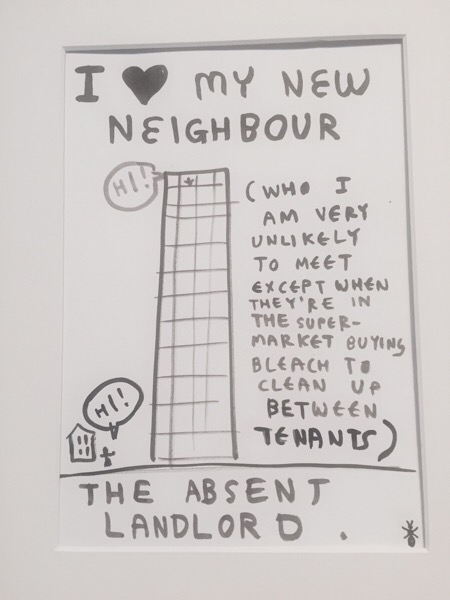 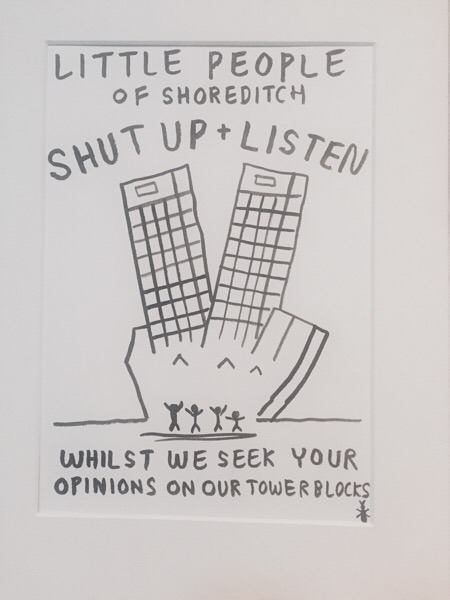 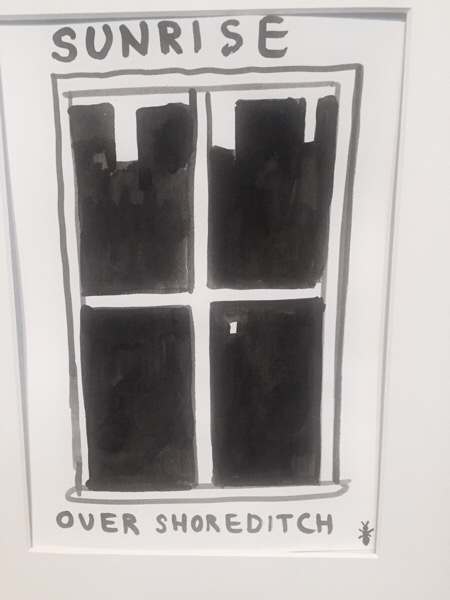