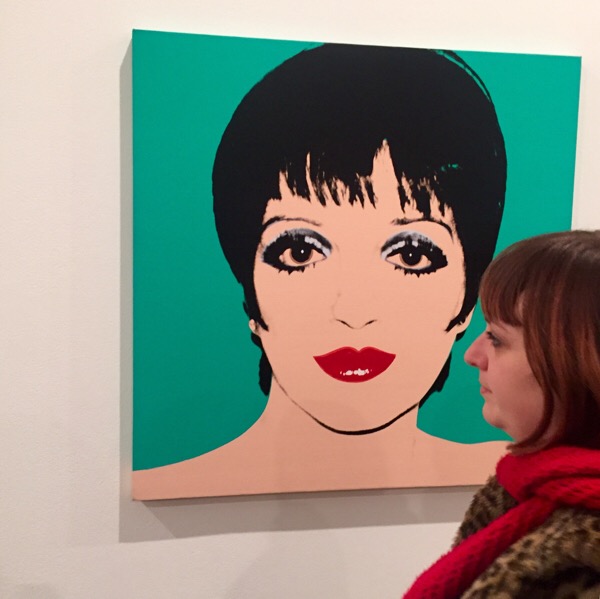 Last night I went to the opening of Avedon Warhol at the Gagosian Gallery in London. The exhibition pairs the works of Andy Warhol and Richard Avedon who both developed a strong artistic style in the 60s that sometimes overlapped as they both used portraiture to depict celebrities of their time.  I recognised some of them and was surprised by others. It is not the first time I see works by Warhol or Avedon but it was fantastic to see the silkscreen prints and photographs in large scale juxtaposed in a gallery space that looks more like a museum space. 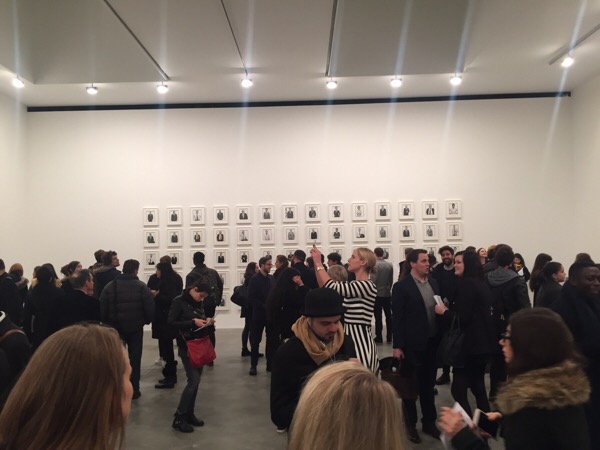 One of the works that impressed me the most which I had never seen was Avedon’s larger than life size mural of Andy Warhol and members of the The Factory (1969). I read and watched documentaries about The Factory and in it you can recognise fabulous Candy Darling (a transsexual who appeared in Warhol’s films). The faces of the sitters are have an emotionless expression which is typical of Warhol’s Pop Art. 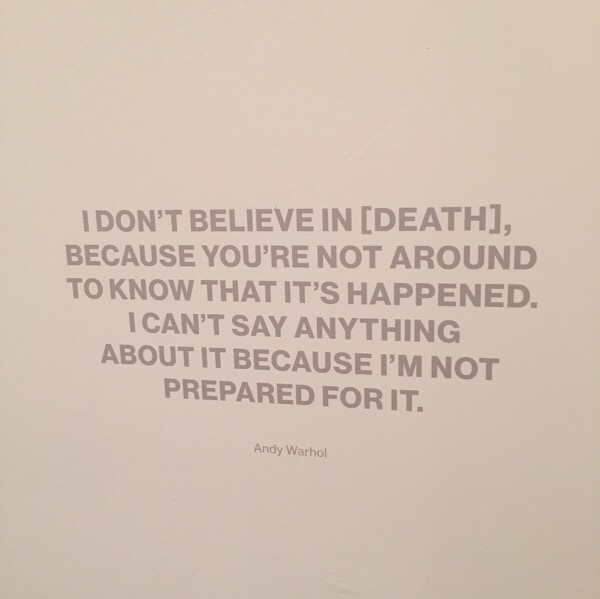 The show was quite popular and there was along queue outside to get in despite the rain and freezing cold. It is definitely worth seeing. The show runs until APRIL 23. 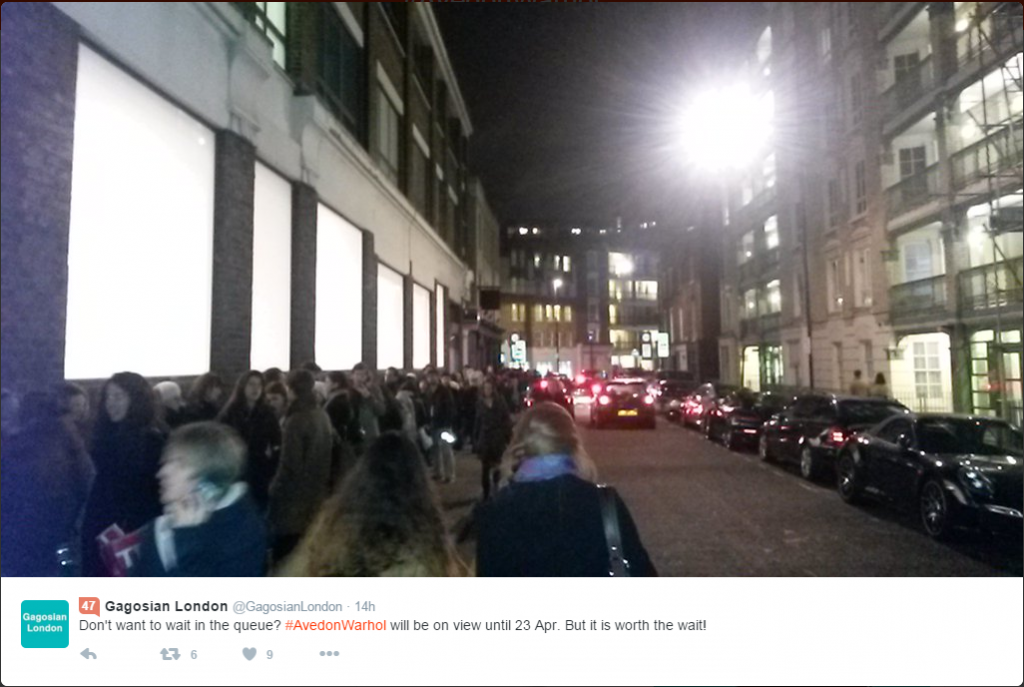